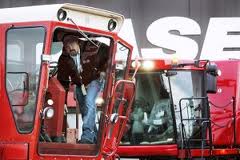 One of our clients, a manufacturer of agricultural and construction equipment, had an existing combine component paint system which was not able to keep up with their projected sales. As a result, they had decided to redesign their paint system to enhance its capacity with a target of a +30% capacity increase.